You may wonder about this bird’s unique name and the reason is fairly simple. As Jesus was said to walk on water, so too does the African Jacana bird (its official name) because of the way its huge feet and claws are able to grip on floating vegetation. 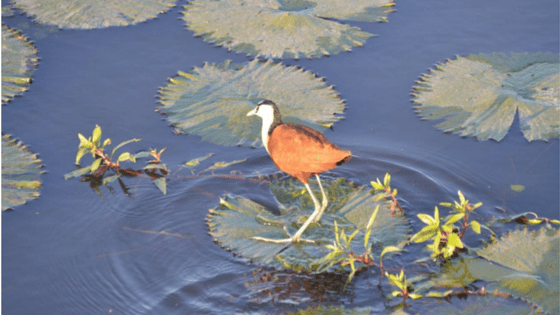 This regal looking creature is a highlight in the Botswana birding experience and also a joy to photograph. If you snap it at just the right moment, you could get a shot as it swoops down into the water and catches its prey. 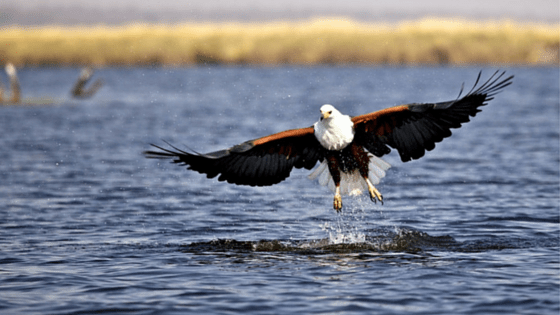 Look out for their distinctive red and yellow bill as they fly around collecting animal hair to line their nests. These birds are also known to eat ticks and other parasites off cows, buffalo and other large mammals, hence their name. 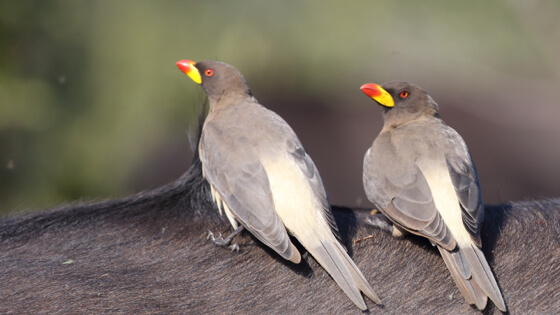 Carmine is a vivid crimson colour, which explains why this striking bird is such a joy to see. They’re normally spotted by birders in Botswana up until November or December, before moving on to South Africa. 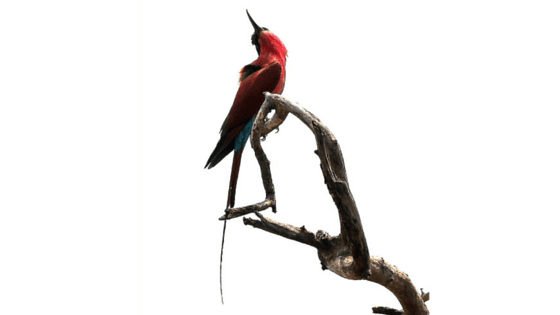 This literally-named bird has a curious gap in its closed bill, which has evolved to help it pry open its favourite meal of aquatic snails. 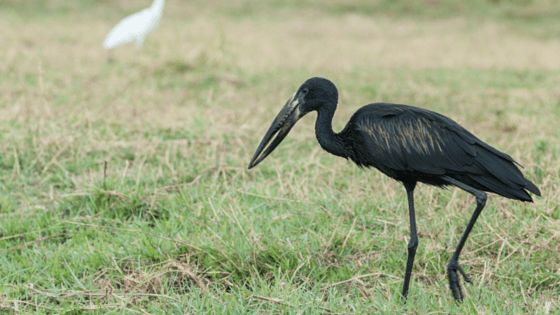 These beautiful black and white birds prefer to spend time in pairs or small family units. Look out for the unique way they hover perfectly still in the air or raise their crest in the air when perched. 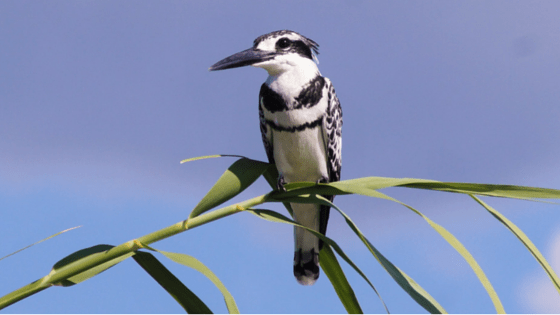 Also sometimes called the “snake bird”, this bird swims with its long head sticking out of water – resembling a snake as it does so. 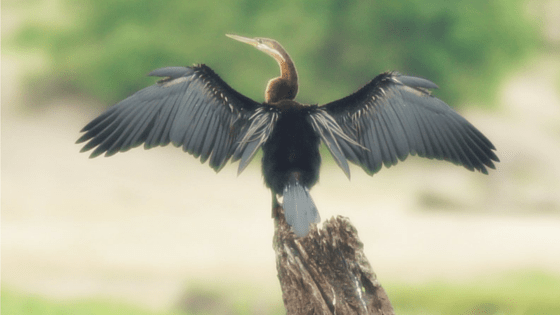 This stunning small bird bears plumage in shades of yellows and blues and has bright red legs. You’ll spot it flying low over water with its wings moving so rapidly that they become a blur. 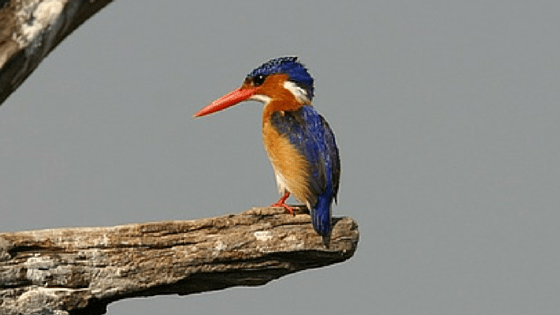 This large heron is all white, with a large wingspan, a yellow bill and black legs and feet. 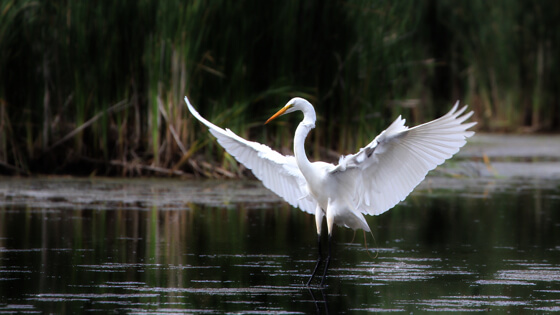 Not the most attractive of birds but certainly one of the most distinctive, this wading bird is sometimes called “the undertaker bird”, because from behind it appears to be wearing an ominous black cloak and may even display a shock of white hair. 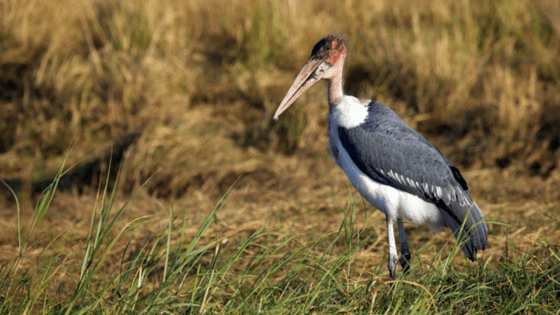 This leggy wader has long orange-red legs and a straight black bill. It emits a high-pitched barking call and is quite a social bird, preferring to hang out in small groups. 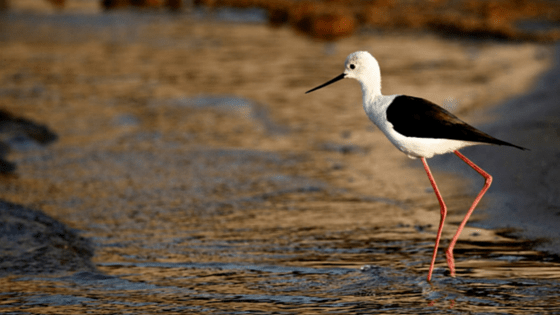 If you want to enjoy a true Botswana, Chobe River, birding experience, take a trip on one of our luxury houseboats. Our smaller motorised boats allow you to glide silently through the water, where you can get up close and personal with birds like these, and observe their behaviour without disturbing them. While these are the birds we’ve spotted lately, who knows what gems we’ll encounter over the next few months, as some species migrate away and others arrive.