Established in 1967, more than a century after Livingstone visited the area for the first time; Chobe National Park is Botswana’s first national park. 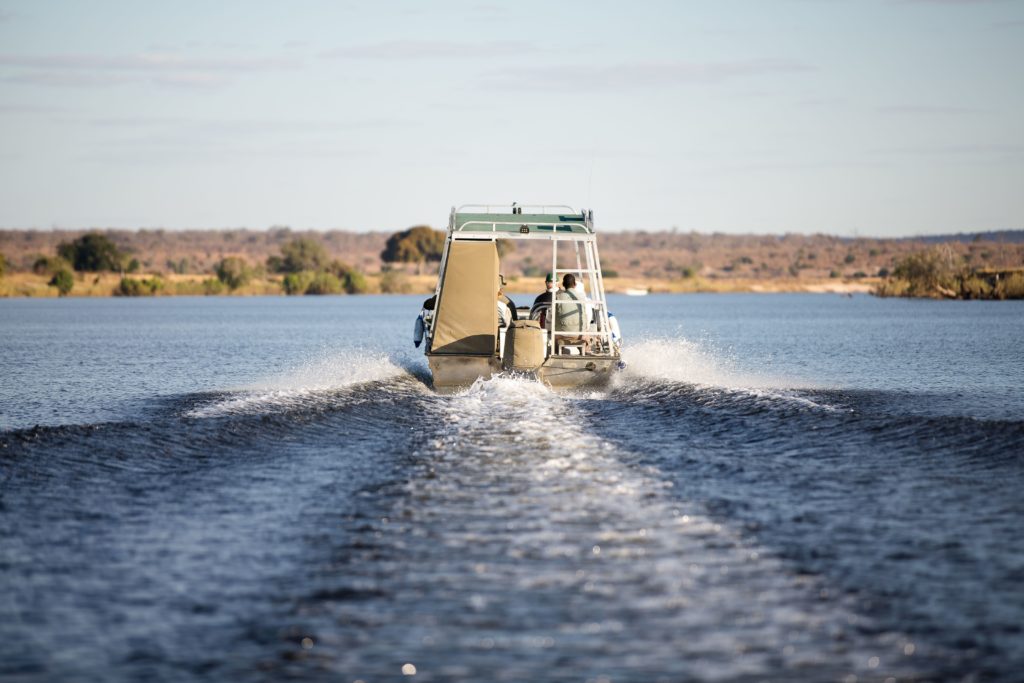 2. It is Botswana’s third largest park

At 11,700 square kilometres, it is only the third largest park in Botswana.

3. It has four highly different eco-systems to explore

The unique character of the Chobe National Park is found in its diverse terrain and eco-systems that change dramatically from one region to the next. From floodplains and swamps to woodlands; the Chobe Riverfront, Nogatsaa, Savuti and Linyanti each offer a unique African safari experience.

4. The Savuti Channel mysteriously flows and dries up

One of Africa’s great mysteries is the unpredictable flow of the Savuti Channel which sometimes flows from the Linyati’s into the heart of the Chobe National Park, flooding the Savuti Marsh. Over the last few centuries, the water has appeared and disappeared several times. The earliest record of flowing water was in 1851 when David Livingstone came through Savuti; by 1879 the channel had stopped and the marsh was drying out. The river flowed again from the late 1950s, but dried up again in 1982. Almost 30 years later it started to flow again, and within two years the Savuti Marsh was in flood.

Of course when there is water, animals flock to the area to quench their thirst, but even when the marsh is dry it is a beautiful sight to behold. The grasslands attract large herds of zebra, impala, wildebeest, giraffe, tsessebe, buffalo and elephant as they migrate through the park.

5. Chobe National Park has the highest density of elephants in Africa

Chobe National Park is home to the largest population of elephants in Africa. It is not uncommon to see herds of more than 100 of these gentle giants. And elephants aren’t the only ones who thrive in this African oasis; Chobe is home to 4 of the Big 5. Take an early morning or late afternoon game drive and see if you can spot waterbuck, lechwe, puku, giraffe, kudu, roan and sable, impala, warthog, bushbuck, monkeys, hippo and baboons. Of course where there’s food, there are predators like leopard, hyena, jackals, and large prides of lion on land, and crocodiles in the water. 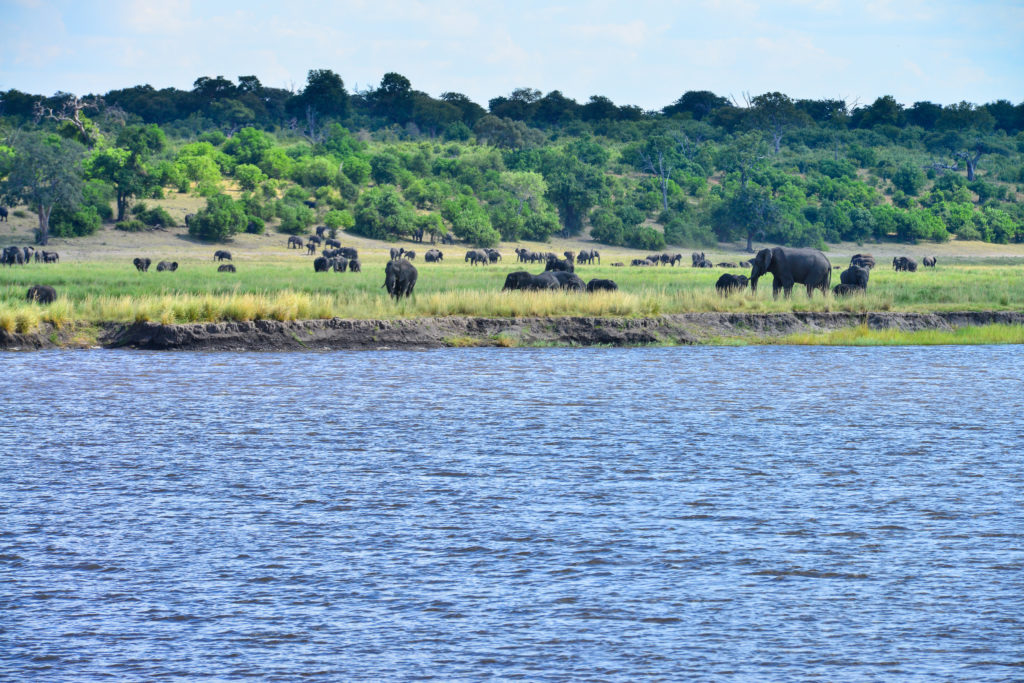 6. There are an estimated 450 species of birds in Chobe

Chobe National Park is (or should be) on the bucket list of every birding enthusiast, so brush up on your bird calls and be sure to pack your binoculars for some serious birdwatching. 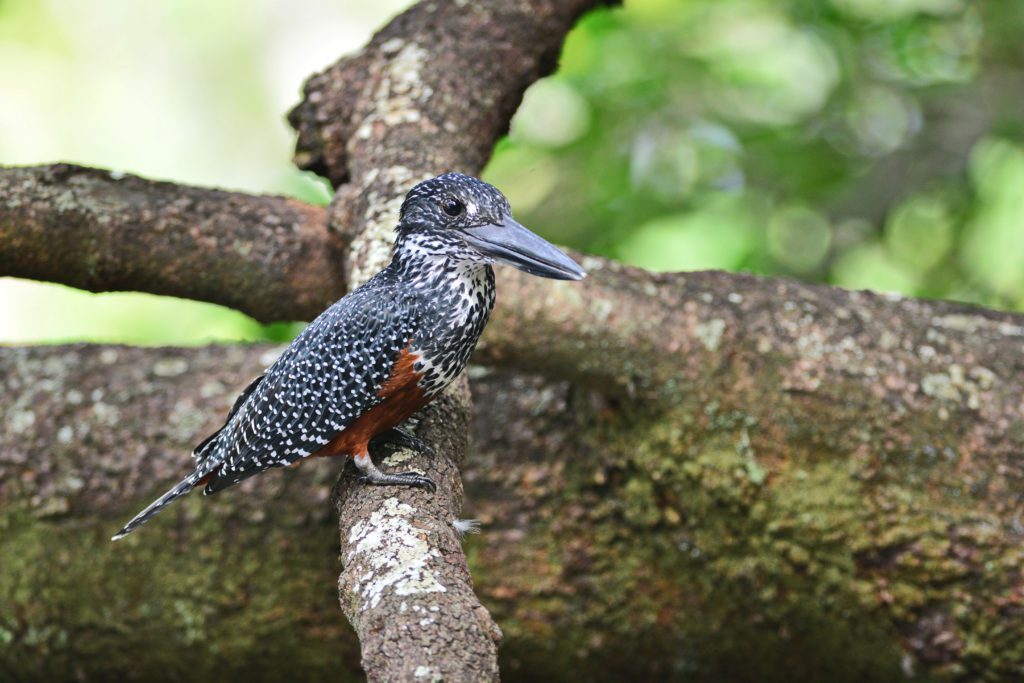 While a traditional land safari is a thrilling experience, nothing beats a boat safari. Watching the animals from the water gives you a unique vantage point and seems to make them completely oblivious to your presence. The tranquillity of the water and the privileged access you have to terrain that would otherwise have been inaccessible makes for an unforgettable game viewing experience. Few parks can offer this winning combination of land and river safari. 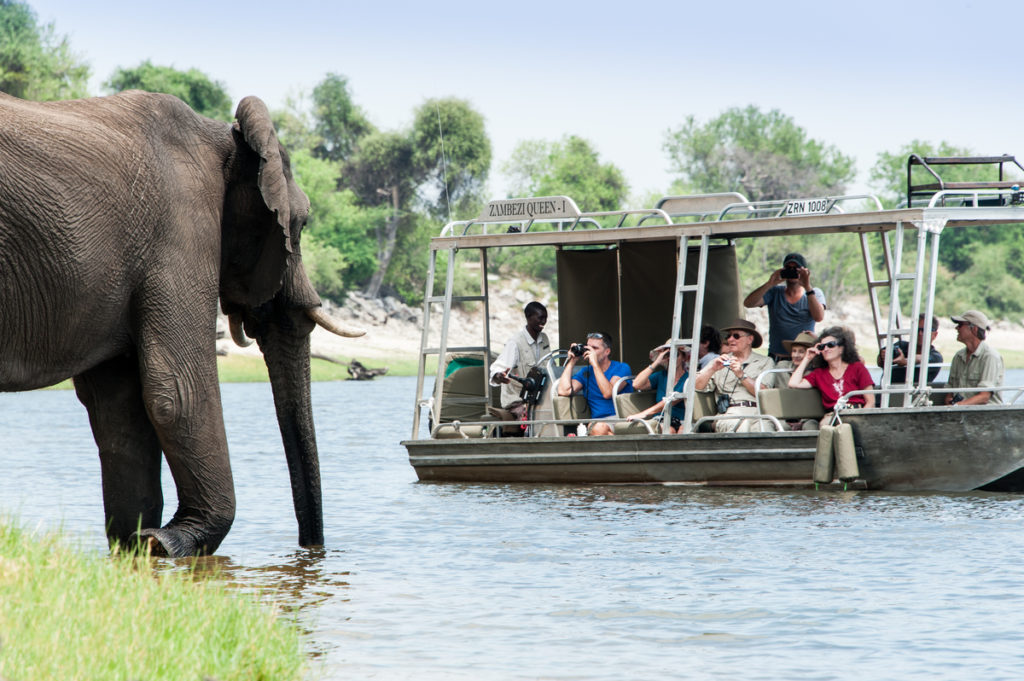 8. The area has only two seasons: a wet and a dry season

The wet season stretches from around November to March and transforms the landscape into a lush green sanctuary, while the dry season sees large herds of animals congregate on the river banks for a drink. Both seasons have their unique allure; it all just depends on the type of safari you want to take.

9. Botswana currency is the Pula

Pula means rain in Setswana, and because rain is very scarce in Botswana it is considered to be very valuable; a blessing.

10. What to bring besides binoculars

Bring insect repellent and all manner of sun protection, including sunscreen, sunglasses, and a decent hat. You’re going to need comfortable walking shoes and a light jacket in case the weather changes. In winter, you’ll need warm clothes (think sub-zero temperatures at night), and in summer it is best to avoid synthetic fabric and anything black to ensure that you keep cool. 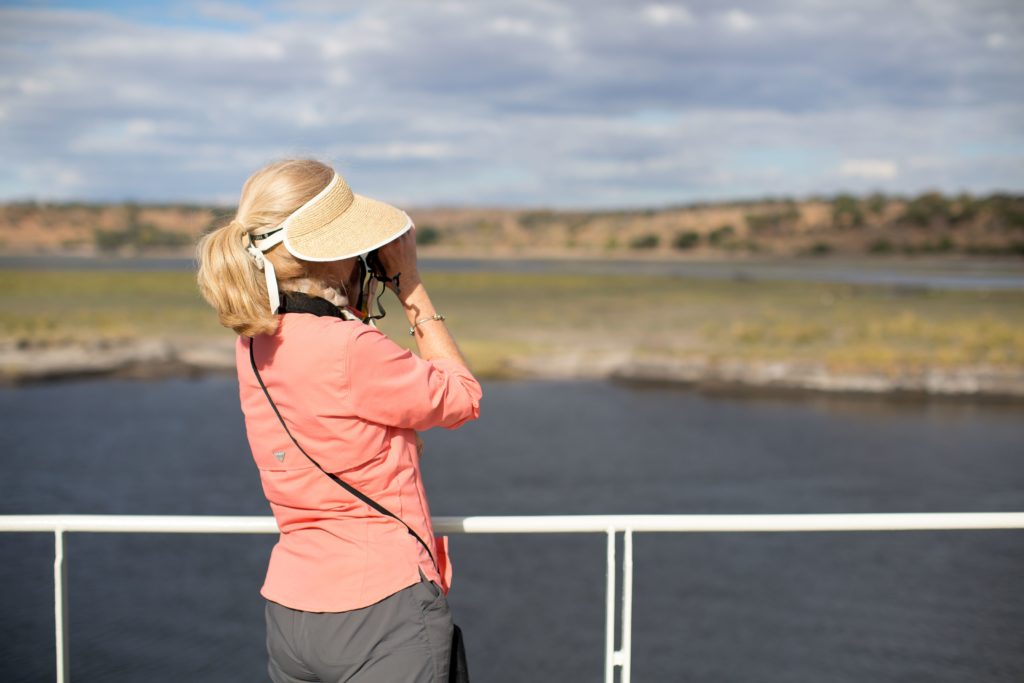