The magnificent Chobe River rises in the Angola highlands and winds its way to the Zambezi River, flanked by forests, floodplains and woodlands. With the highest concentration of African elephants on the continent, and over 450 different bird species you’d better charge your camera and pack your binoculars.

The life blood of the Botswana and Namibian safari experience

The River forms the northern boundary of the Chobe National Park as well as much of Botswana’s border with Namibia’s Caprivi Strip, and it is an integral part of the Botswana and Namibian safari experience. The area has only two seasons: a wet and a dry season. The wet season stretches from around November to March and transforms the landscape into a lush green sanctuary. During the dry season, when other water sources are scarce, large herds of animals concentrate on the banks of the river for a drink or a cooling splash. Of course this is great news to hungry predators like crocs and lions that are eager to make a quick meal out of a thirsty zebra or antelope. 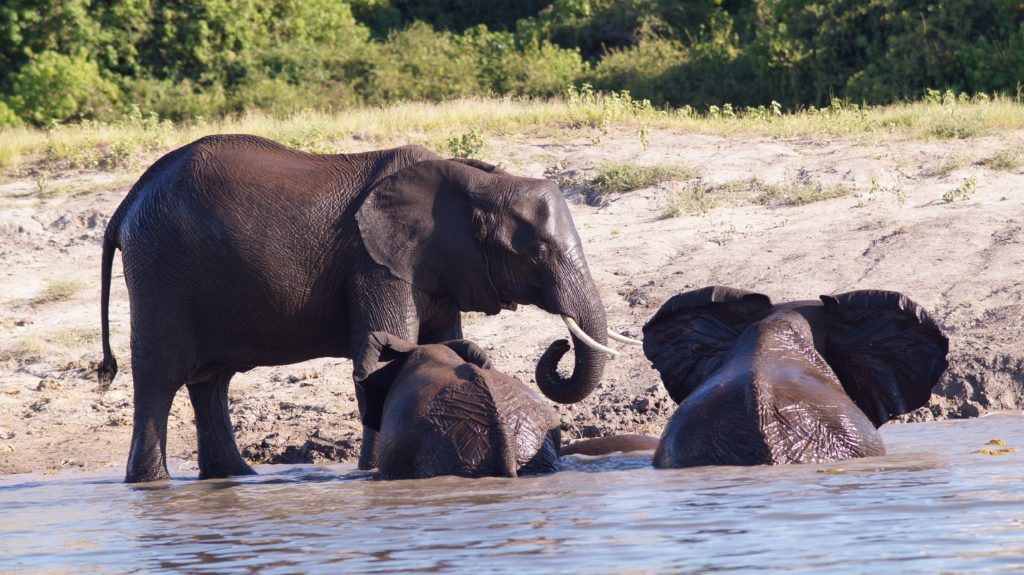 The Chobe is a birding paradise. You’ll wake to the sound of the African Fish Eagles as it swoops down to snatch a fish from the water. Watch the graceful African Skimmer leave a perfect wake, or gawk at the strange black Openbills, or Marabou Storks. Even if you’re not a birding enthusiast seeing some of the over 450 bird species and hearing your enthusiastic and well-informed guide talk about the habits and quirks of each Little Bee Eater, you may just be converted! 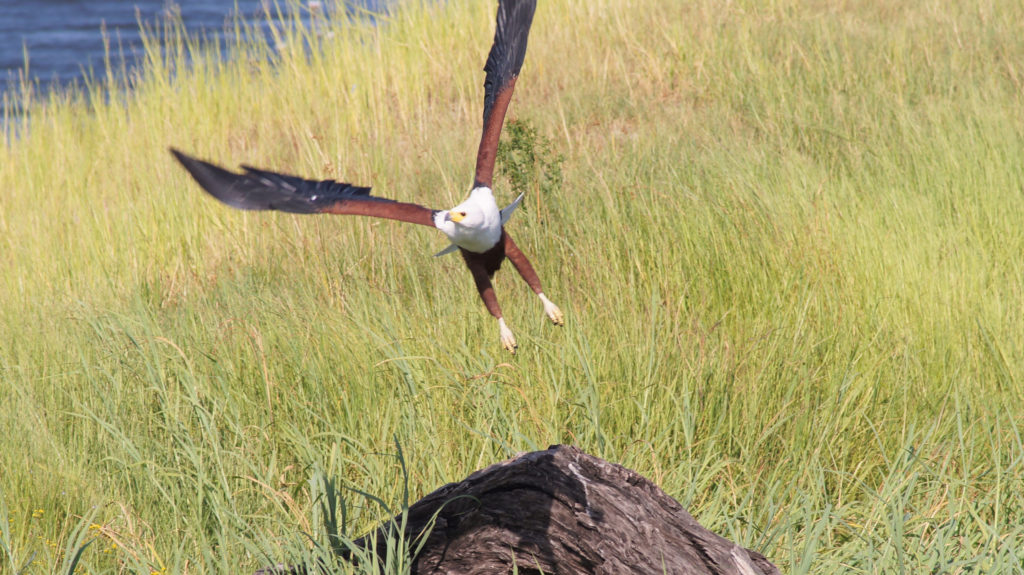 Chobe is home to 4 of the big 5: lion, buffalo, leopard, and of course – elephant. It is estimated that there are around 120,000 elephants migrating through the Chobe National Park and surrounding areas – the largest concentration of elephants in the world. It is not uncommon to see herds of over 100 animals grazing on the banks, or to find them crossing the river, or spraying each other playfully in the water. These gentle giants are ever present, and the best way to appreciate them is from the water on a river cruise. It seems that the animals are unperturbed by the boats drifting by – and they go about their daily routine as if you are part of the scenery. It is an incredible way to view them in their natural habitat without disturbing them – and what a photo opportunity! 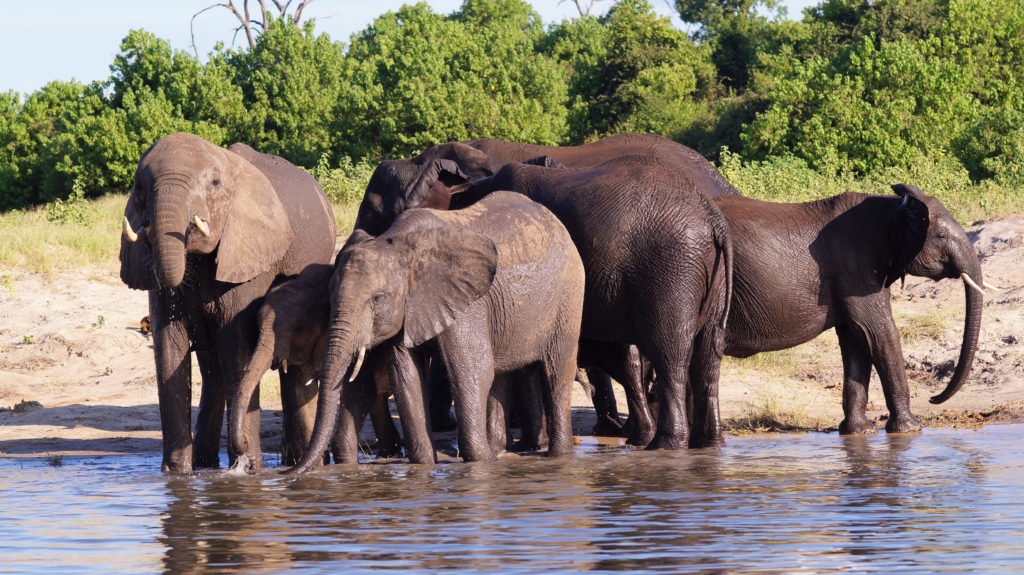 The African wild is exactly as enigmatic and surprising as it sounds. One might expect, for example, that, being in one of the most remote locations in the world, the sunset would bring serenity and tranquillity as a million stars light up the sky. But no, Africa comes to life after dark. The hypnotic chorus of insects; the mesmerising sounds of thousands of tiny creatures buzzing, zinging and chattering; the grunt of a nearby herd of elephants grazing, and the gentle lapping of the water will be your lullaby. Concentration of game around the river ensures your days are filled with sensational sightings.

When you think of the Chobe, don’t think dirt and dust, think safari decadence. Secluded tented camping gives you the authentic African safari experience in unsurpassed comfort. Alternatively, stay in a floating boutique hotel, or a private villa on the water, where the scenery is always changing and you become part of the majestic landscape that is Africa.