A river safari on the Zambezi Queen Collection houseboats is by far one of the most spectacular ways to experience the untamed wonders of nature. Of course, being so close to pristine wilderness can also mean being subject to its whims at times. Factors such as water level, wind speed and geography all play a role in the routes and distances you will go. Follow this sailing guide for some useful insights into your journey.

While the name may make you believe otherwise, the Zambezi Queen Collection does not in fact sail on the Zambezi River itself. Instead, it floats along the majestic Chobe River across a network of floodplains, forests and open woodlands. This makes for spectacular game viewing. Just a few kilometres from the point where the four African countries of Botswana, Namibia, Zambia and Zimbabwe meet, is the stretch of river that the Zambezi Queen and three Chobe Princesses call home.

Although you won’t travel vast distances along the river, the rich concentration of wildlife in this area more than makes up for it. The luxurious Zambezi Queen floats along the river at a leisurely pace for approximately 25km. During this time, you’ll have ample opportunity to relax on deck and spot game and a myriad birdlife at your leisure. The Chobe Princesses are smaller in size, allowing them to travel somewhat faster, and as far as 50km. For this reason, the Chobe Princesses are able to moor at three different sites, known as Kasai, Elephant Bay and Leguva. The Zambezi Queen however, can only moor at Chenku and Leguva with her larger dimensions.

Leguva is a secluded docking site that takes guests away from the busier sections of the Chobe River, offering unencumbered views of the Chobe National Park’s open plains and making game-spotting more likely. However, both the Zambezi Queen and the Chobe Princesses are equipped with small motorised tender boats, so you can venture out into the narrower channels and get up close and personal with all the action at a moment’s notice.

The Chobe River region is a spectacular destination throughout the year, with each season bringing its own unique experiences. In the drier winter months from May to October, the river banks come to life with an incredible concentration of elephants and other game. The Chobe Princesses  moor at Elephant Bay, thanks to its rewarding game sightings. This small island faces a popular elephant drinking site so guests can watch in delight as several herds come down to drink, play and bathe in the river before crossing to the Namibian grasslands.

Chenku, the first port of call aboard the Zambezi Queen, is a popular grazing area for elephant, buffalo and several species of antelope, making it a spectacular spot for game-viewing in the drier months.

The rainy summer months from November to April bring a burst of colour with a myriad bird life migrating to the area. Rainfall throughout the year affects the river’s water level, which in turn influences the sailing ability of the Zambezi Queen Collection of houseboats. As a result, mooring spots can change depending on the weather, water levels, wind and animal migrations. By special request, exclusive fishing safaris can be booked aboard the Chobe Princesses in which case mooring takes place on the Kasai Channel and the Zambezi River Main.

During the rainy season, the three Chobe Princesses are able to sail as far upstream as Ikhava. However, as the water level lowers, the route is a bit shorter in order to avoid possible sand banks. Due to her shallow hull, the elegant Zambezi Queen remains mostly unhampered by water levels, and can sail as far up the river as Ijumbwe. 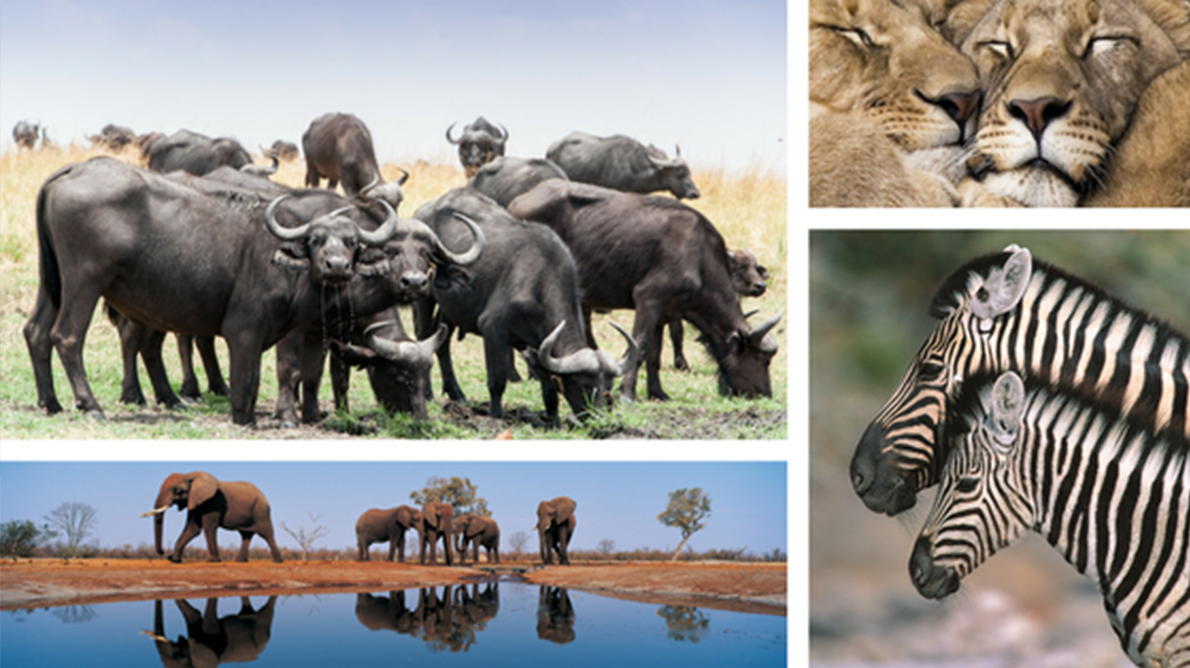 Wind is easily the most defining factor for sailing the Chobe River. High winds can have a big impact on the distances and areas the houseboats can navigate. In very windy conditions, the Zambezi Queen’s generous proportions can make avoiding sand banks somewhat challenging. As a result, our experienced skippers are very careful to ensure that she doesn’t venture out into unfavourable weather conditions. The smaller Chobe Princesses are far nimbler, and can manage higher wind speeds more easily. What’s more, should they get caught in high winds, it’s a simple matter of beaching anywhere along the river until the weather passes.

With its lush scenery, abundant wildlife and enchanting African ambience, a river cruise with the Zambezi Queen Collection is sure to be the experience of a lifetime − whatever the weather.

Book your stay on one of Zambezi Queen Collection houseboats today to experience the unique magic of an African safari.